Board Certified Veterinary Dentist in Nebraska

Erich was born and raised in Omaha, Nebraska. He received his B.S. in biology from the University of Nebraska in 1996 and his DVM from Kansas State University in 2001. He owned and operated a four-doctor general practice until 2021. He opened his current practice (limited to dentistry and oral surgery) which is also in Omaha, in 2021. He became a Diplomate of the American Veterinary Dental College in 2021.

Erich has a passion for active participation in veterinary education outreach, serving a term as the Treasurer for the Foundation for Veterinary Dentistry. He is a pro bono veterinarian for more than a dozen law enforcement agencies as well as Omaha’s Henry Doorly Zoo. He hosts Iowa State University senior veterinary students for externships in dentistry year round. When not working, he enjoys anything outdoors, particularly hiking with his three children, ages 14, 17 and 19.

Nebraska Dentistry and Oral Surgery for Animals was formed in 2021 and is the only board-certified veterinary dentistry referral center in Nebraska. Dr. Rachwitz’s professional interests in addition to zoological dentistry are endodontics and maxillofacial oncologic surgery. 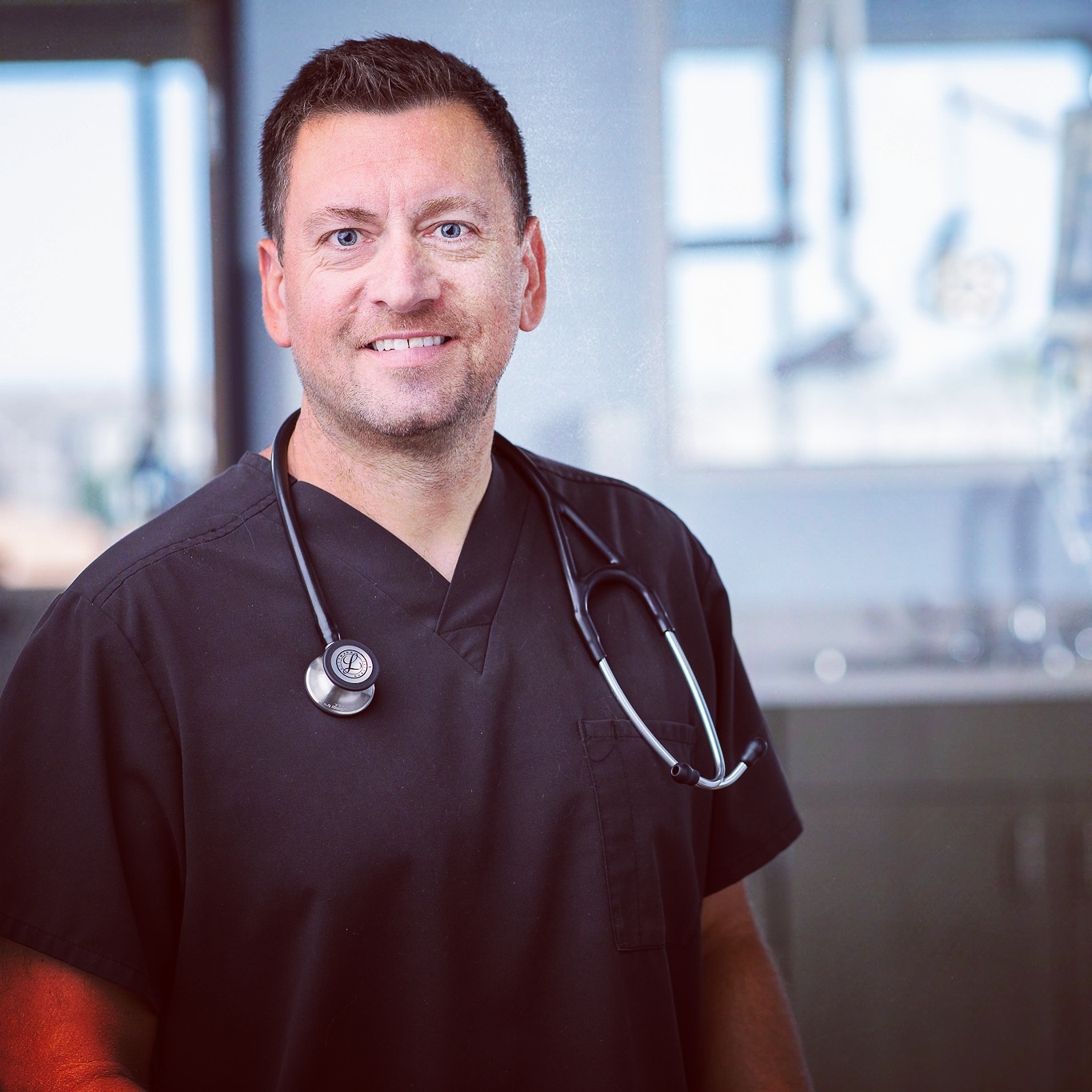